You lose, cause i gots tha ill street blues 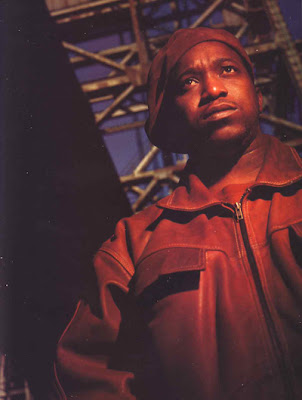 Kool G Rap, grittiest muthafucka on the mic and that o.g responsible for pioneering & developing the rap technique of a million emcees, who have technique. Dude was also in the same crew with legends such as Marley Marl and Big Daddy Kane, Juice crew. 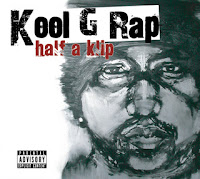 Is .. about tah, release a new album. Entitled "Half a Klip", I don't know when exactly this shit is gawn drop but uh fuck it it ain't gawn reach MY anyway so if a link surfaces us Rogue'll be the first to hook that shit up, nayadanamean? just hollatik.

This shit'll be infested with productions from DJ Premier, Domingo, Marley Marl and many more. Any east coast ghetto gangsta rap purist'll get wetted by the thought of this shit. I'll link yawll to the first single produced by Domingo:

Check out this song G Rap was featured on by Saigon:


Ya dig? If ya dig, right on, if ya dunn dig, here go wank to that ponce Fiddy dancing to that otha ponce Kanye West's stronger (funny shit tho wahkgahukgehga):

Wu-Tang Clan - Take It Back

It's a good day. First I take the day off (my shit is sore, you don't know the half about what what I got up to over the weekend), then I find out the incomparable Dante Ross has a blog, then I discover the latest leak from the the Wu-Tang Clan's new 8 Diagrams album. Shit is hot to death. Produced by the RZA and Easy Mo Bee. Holy shit. I don't know if this is going to be the album that brings hip hop back to where I would like to see it be at, but fuck it. Yall can go on and crank dat til your fake grills rust up, I know what's going to be on constant rotation on my shit.
Posted by WordsManifest at 11:40 PM No comments: 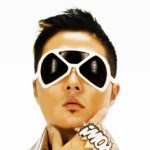 Who the fuck? I have no idea, his name sounds like an audio software but fuck it I checked out 3 songs from his album released recently entitled Soundtracks and they're dope as shit. He's a Japanese producah (what is it with Japan and dope beat conductaz) and his album features heavily American emcees and shit.

Not bad. The production style is groovy, jazzy, catchy, infectious, bla tra la la. Them three tracks I dugged, Camp Lo's shit is totally Camp Lo to the sugah?! Billie hollidein the foxy browns shit, it's like an updated version of Uptown Saturday Night shit. Dude managed to really bevel out the essence of Lo-ah. Talib Kweli shit was dope too and it's unapologeticaly jazz with the running bass, scatting, rolling pianos, beat yo ass cheeks puffed to the max air instrumanz whateva whateva and all pumped-up with speed like a mufucka equipped with random machine gun drum hits but Kuali rode it preety nicely. Lupe Fiasco shit is aight, I liked the sung hook, nice sweet shit. You know what it is. I don't know where I could cop this fuck it I wanna bang that shit in the speakaz nuamshffshayin. And chiggas can hip hop too yaadadanamean?
Posted by hqa at 1:27 AM No comments:

*Here's howitis, my link is deaded, so anyone curious about this latest single - "take it back" - check out WordsManifest's newer post about it, you can play that shit there.

Although I wasn't too pussywette'd by the last two singles watch yo mouth and gently weeps this new one is preeetty preeettyyyyy preeettttyyy crack. I'm really chillin' to the beat that's for sure, that faint dark sample in the background, that blax dirty stabbing bass, those live drums and shit, the dj cutting shuffling shit here and there and my favourite emcees just spitting on that shit. Only nit I'm gonna pick is that maybe the chorus wasn't rowdy enough for me but fuck it fuck that this song is fockeng hypnotic. Gedde-geddit.

what the hell is an apex

big ups to RealTalkNY
By now some of you might already know that I hold the beat for Fiddy's 'I Get Money' in rather high regard (even though Curtis is still in my Eternal Non-Entity list, and the video can quite honestly suck spinach out my anus). Apex is the dude who got that beat done, and he seems like a really down-to-earth (read: until recently, broke) kinda guy. And he has a messy studio. GodDAMN shit is a warzone. I'd like to see how long his awkwardness in front of a camera will last if he keeps on making bangers. Anyway.
Posted by WordsManifest at 6:17 AM No comments:

Email ThisBlogThis!Share to TwitterShare to FacebookShare to Pinterest
Labels: 50 cent, apex, beatmaking 101, fiddy, i get money

i get videos (with apologies to curtis)

Oh hell yeah, I am that dude today. Lil Royce is the most shot up man in hip hop, and extends his services to ... yeah well just watch.

Posted by WordsManifest at 2:03 AM No comments:

Oh, you thought just on account I work with pens and pads and mics, I don't got no love for the beatmakahz? You trip hard, son. Vid it: Tim "I got so many white friends I ain't gotta make beats for nobody in hip hop but Hova" Baland schoolin young buck Kanyeezee on how to rework the drums on 'Stronger'. The beat was already aight in the first place, but you know you need extra help if you're going against Fiddy. That shit alone got mixed down 10, 11 times. On 10, 11 mixers. Goddamn. And word to Tim: "I own every drum machine ever made." I believe him, too.

Stronger Revisited from Kanye West on Vimeo.
Posted by WordsManifest at 12:02 AM No comments:

a better tomorrow = a better video

alright, alright, my bad for posting that Jay-Z video. It went against all I hold dear and sacred to my heart. So as an act of penance, this is NYGz - Ya Dayz R #'d, produced by Preeeeeeeeeeeemoooooooooooooooooooo:

Vinnie Paz-sized props to my man Illevate for uppin me up on this track a couple of months ago. Straight heat.

Yeah okay. El Presidente has the funds to come out with a new video (with stock Reagan footage. Mayne) Buy better beats next time. Nas video please.
Posted by WordsManifest at 10:15 PM No comments: 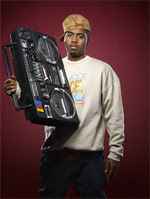 Yeah you know what it is. What ch'all think? To me it's prolonging the nostalgic theme of his last album, this time getting way more personal. If you don't know much bout Nas you'll catch some history drifts from the lyrics, respect his mustache numsayinh. Meanwhile, beatwise it's smooth - rainy days guitars, pianos, faint female vocals and some sax. If this song was in HHID it would be one of the better instrumentals and although that's not saying much, it's a decent beat regardless. I gotta be gettin' more listens so nilla washow goddaymn neck. 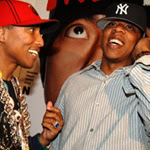 What's this now? (don't trust this link too much, I've seen way too many of his links being deleted or summin') We on to Jay-Z now. Hmm, aside from the hateful fact that he's annoying (Jay adlibs? none for me please) and that he's using the name of my favourite smooth soul group Blue Magic thus fucking up chances of me gettin' good search results of they albums on google, this song is just straight up hateable. Not unlike Nas, Jay-Z didn't move away much from his last release. This song feels as empty and irrelevant. And what about that Pharrell beat, that's weak. I'm pretty sure Pharrell doesn't reserve the good ones only for Clipse, Snoop and JT cause he's done some catchy shit for Ho as well but this beat is just straight up too whatever for something with a Neptune touch.
Posted by hqa at 7:00 AM No comments:

Here's the deal - Lupe Fiasco once claimed he's never listened to A Tribe Called Quest, never held them in high regard. Later on he fucked up an electric relaxation performance in VH1's ATCQ tribute section by about what? half a bar? here it is (dope ATCQ tribute though, like dayum):


Suddenly it's a big deal on the internet everywhere. Thing is, I'm a big ass ATCQ fanbwoi and like Lupe to them I don't dig Lupe that much. But this shit going on right now (dubbed FIASCOGATE - whateverthefuck), is ridiculous. What kind of nerd snobbish bullshit is Phonte writing in the okayplayer forum "You fuckin up, my nig. Straight up and down". But then again this is the same dude who moaned about crunk crowds being stupid for not reacting to his music or something like that. Back to Lupe, I mean for a dude who didn't know shit and only fucked up about half a bar, that's pretty impressive, aren't tribute shows already a bait for fucking up lyrics? Fuck it that's that I hope this is just some publicity stunt ala 50 cent albeit more complex (and non failure-proof) but if it ain't I just hope Lupe survives this massive "dungeons & dragons hip hop" nerdery. On another note, if any of you dudes have never checked out Midnight Marauders at all, I'm gonna beat 'cho ass with a parking meter, literally.
Posted by hqa at 6:00 AM 1 comment: