Voices From Beneath II

Our brevrens from SG are back with the second installment of the Voices From Beneath Mixtape. 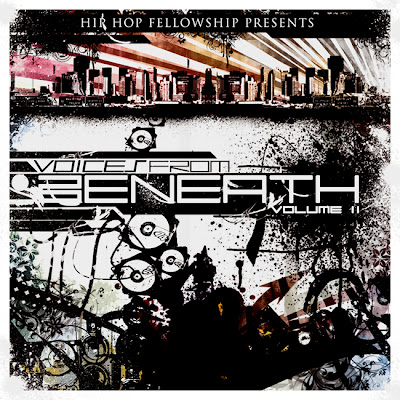 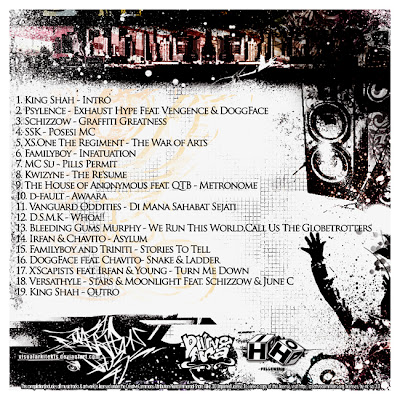 As you see there's a buncha Rogue bwois up in this - Schizzow, SSK, and Familyboy.

I was supposed to be in this myself but apologies to Ijal I couldn't come up with something. It's aight tho I've already gotten into the first one.

If you're not familiar with this mixtape, it's a Singapore-based project initiated by Ijal and his friends mainly from Resurgence Zine/TMA. It features their local acts and ours as well. Mostly from the deep underground.

So if you're up for it download it here aight.
Posted by hqa at 10:18 PM No comments:

Blu & Exile - Below The Heavens 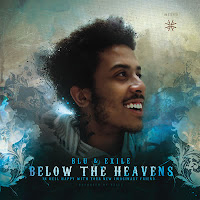 Exciting new artist for sho. In an era where it's extremely difficult for me to accept new blood these dudes seem to impress me, a lot. Exile is a dope producer. Really. There's been a lot of producers trying the nu-soul or soul-hop or whatever-you-call-it sound but not many have impressed me. But Exile managed to capture the early and Slum Village-era J Dilla spirit. Applying infectious basslines and clever cutting of samples. And with Blu rhymin' on his shit, it's hard to go wrong. While this duo is from the west coast, Blu might have more east coast emcees on his influences list flow-wise, even accent-wise at times. In this album most of his lyrics are very personal but won't alienate the listener, instead we might find ourselves relating our own experiences to most of his endeavours. 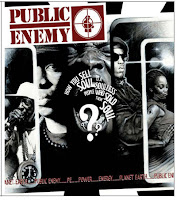 Yeh. Trust the old hip hop warriors to show us how to do things. This album is super banging. Chuck D is still as powerful as ever with his delivery, and Flava Flav hasn't aged. Their production team might've disintegrated at one point and are not the same old Bomb Squad, but there's still a lot of boom in them. While the old school hip hop fans will definitely appreciate this, I'm pretty sure it will get them new fans as well. After all, I haven't been the most fanatic Public Enemy fan, but somehow this record has sealed my faith. Only bummer is it is highly underrated especially since PE is independent and the last few recent releases weren't as enticing as this one. 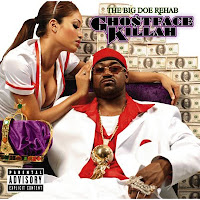 This is Primo's pick for best album of 2007. Not so hard to understand why, Tony Starks continued his trademark of rapidfire spittage on banging beats. It might be more compact compared to the intricate Fishscale but it's still good. There were mixed reviews though, some compared it to Pretty Toney, assuming most people didn't like it, but I did like that one. Honestly there might be a few throwaway tracks but most of the tracks were just a simple combination of good beats and good emcees. I'm impressed by the fact that while a lot of golden age emcees lost their dynamic styles (cough*Raekwon*cough), Ghostface seems to add more passion and fire to his.

DJ Deckstream - Soundtracks
Trust the Japs to keep good and forgotten American pop cultures alive. The nu-jazz & nu-soul sound in hip hop has been quite a trend over there. Deckstream makes it evident that it won't be just a fad. One word to describe his samples - sweet, one word to describe his method of sampling - very sweet. While his beats might be really catchy he retains the booming sound of the hip hop beat so as to make it very hard hitting and lively. No need to question his choice of guest emcees - Lupe Fiasco, Talib Kweli, Camp Lo, Pep Love, Zion I.. need I continue? 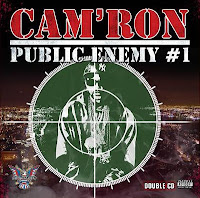 Okay. This is highly personal. Hehe. While there's a lot of rubbish tracks mostly because of the plastic beats, there are a few gems. And these gems prove that while Cam'ron has been guilty of falling into the pop-rap stigma, he is still essentially a golden age emcee having originated from a 90's crew led by Big L. Because on old-school sounding beats, his voice and flow shine, and he still has that Harlem swagger. His decision to focus on featuring only the newer Dipset members in this mixtape is welcoming to me, since they sound more serious and have the potential to have some form of depth which when added to the swagger might create sick emcees. Whatever it is, Cam might not be as big as loathsome Fiddy, but he is still more cult, has way more character, and is way more interesting.. to me, at least. Hehe.

I could just link the albums but I decided against that since we all don't have that much attention span. Especially the non hip hoppers. So to make it more attractive, I decided to make a mixtape consisting of songs I really really liked from those releases. With the tracks ordered the way I wanna. You can burn this mixtape to make an audio cd too. 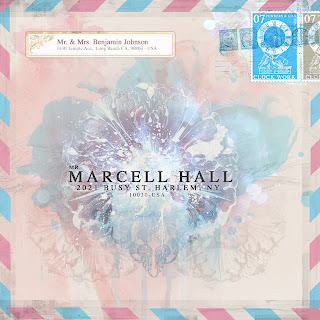 Blu from last year's Blu & Exile fame is involved in this one with another producer instead, Mainframe. It took me quite some time to get used to this album but once I did it's pretty dope. It has a different feel compared to Blu's last one.

This might be merely a coincidence or just me but I thought while Exile had a slight early-J Dilla influence, Mainframe seems to have a slight Madlib influence. From the way he samples to the various samples he uses, to the live-sounding drums. The songs don't sound too similar with each other which could be why it took me quite a while to really dig it. The Exile joint was easier to digest as it was more hip hop and bass-heavy.

Blu is still Blu, he adapted to Mainframe really well, manouvering his flows combined with his lyricism which has transformed into a more not-so-personal rockin-the-beat one compared to the last release. For some reason sometimes he sounds like a marginally faster Common. Could be just me. Anyway, this is a really good record, give it a few listens and I'm pretty sure you'll like it.

Also check out this video of one of the tracks 'bout it bout it' which actually has been out around late last year (first shit I heard of them). Playful video for a very catchy song.

The Resistance has moved

The Resistance, former TRS forum, has now moved to http://theresistanceforum.com. It is now a more general forum, meaning not so TRS-y. So get on it fuhreel.
Posted by hqa at 7:13 PM 12 comments:

A DJ crew made out of four Malaysian DJs namely - Syed Effects, DJ Doughboy, Lazyarse, and DJ Take Out. They dug out to the surface from the center of the earth using only cut-half vinyls. Learnt human interaction slowly through the tutelage of Master Splinter and Wolverine. After realizing it was all bullshit they instead decided to form a DJ crew to manipulate sounds which will relay secret messages untraceable by evil CIA to other superheroes. If you are a superhero watch these now!

I made that all up but you still have to watch all these videos, or you suck ass dude.


Dope right. I like 2 and 4. And itu baru jamming jack. They'll come back with more shit latah stay tooned.
Posted by hqa at 12:04 AM No comments:

Grandmaster Flash and the Furious Five, and white boys

I haven't been listening to much hip hop lately except maybe YAHH TRICK YAHH. So right here just to post why not me post hip hop-influenced songs from unlikely groups. Like one is a punk band, the other is a new wave kinda band. One used to share the stage with Grandmaster Flash and the Furious Five when they toured New York (Joe defended 'Flash when the 'tarded punk crowd was booing hip hop) and you can see a lotta 'Flash influence on their song. The other directly covered a 'Flash song.