Yawll iz prolly familiar with Skillz trademark rap-up every year end. Here's a down undah twist, one from an Ozzie.

First off, the finals tapes were stolen, so they managed to salvage whatever other footage they have and put it up. Not too bad, but we missed a lotta important rounds especially from the quarterfinals. Go straight up HERE to view all dem final battles aight.

Here are my comments tho.

But before that. Let's all drool at 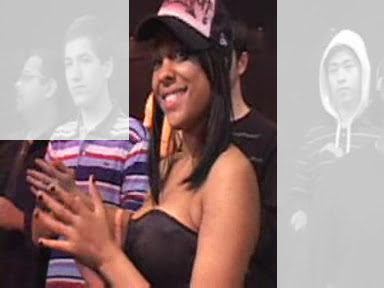 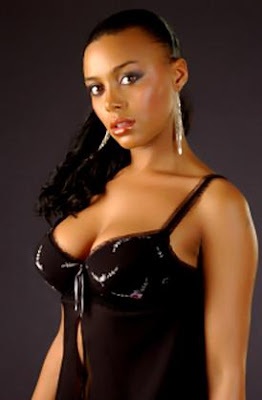 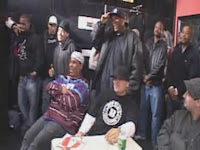 Dayyyyyyyyyyyyyymmm. Okay it's fucked up that we lost footage in camera1 but camera2 has bucketspermloads of her face on it so fap away I am. PROPS to jumpoff for the banging finals hostesses. Also it was dope to see hip hop figures like Pumpkinhead, Craig G and J Smooth on the judging tables, however yeah it was mostly NY heads and it's fucked up that one of the teams are from NY. But whatever LGIO. 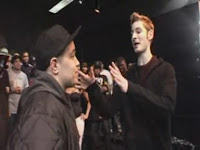 QF - Illmac/Saurus vs Poorich
I thought Kid Twist killed everyone. However the 3rd battle was missing a few rounds so I don't know. Still, the team from Toronto should've won 1st round. do more laps in your hamster wheel illmac. Last year's champions seems to have carried their lazy regular season performance over to the finals. 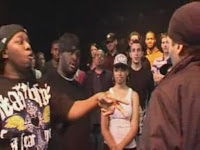 QF - MaddIllz/Parable vs Quest/Marv
Fuhreal Quest and Marv fucking killed it. One of their best series of battles. They didn't even need a 3rd one. The only round we get to see from the 2nd battle was one of the best I've seen of them.

Tito Santana bla bla bring me a burito manyana. Fuck up your mariachi practice kick open your trombone bass, well sumtin' like that.

Quest was killing the 1st one tho with the jokes and flips. I mean okay i'm marvin gaye, your momma was gladys knight/glad-it's-night. I got a gap, you shop at it. feel like i woke up in a taco bell with something something and a mop that yells. Haha hilarious. 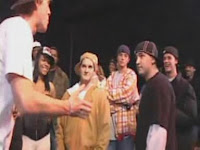 QF - Wappin/Juce vs Anecdote/60
Of course I'm gonna be bias since I hate the wappin juce style, but IMHO they stepped it a little and switched up their style to make it not as annoying as the regular season. Plus they started to put on hoodies, that's a positive.

I wished Anecdote and 60 would've gone far but 3rd battle was not full footage so I don't know what happened, they weren't as brutal as they could've been, probably jet lagged but summa the shit 60 said to wappin'n'juce were mad cold and hit the right spot.

Shit like overpronounciation? that's an understatement, or that shit where he was like if you won i wish you don't have to make an acceptance speech it would take weeks bla bla sumin' like that. Man, dope. Also he had the best openers, you're pretty old you FUCKHEAD. A lotta nose and hairline jokes as well from he and Anecdote but those became played out after a while. Couldn't remember much shit from wappin'n'juce.

Whatever it is I still wished Prime/Purpose were here blazin' it up instead. 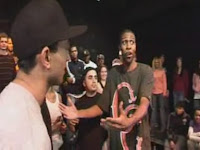 QF - Zeale/Phran vs Ark/Eurgh
Daym. Phranchyze is dope! I didn't see much of them in the regular season but from what I've seen he totally brought out the focken BFGs for the finals. He has a fast rapping style and nerdy Nocando-like lyricisim. Fuck swagger, he just jumps around and looks down on the opponent. OOh nigga speak to me in punjabi wahukgeuahukgea. Didn't favour the Possessed-wannabe but over shouting with no swagga style of UK team but Eurgh is starting to grow on me. He came dope. Wished the Houston division winners won instead but I dunnoe. 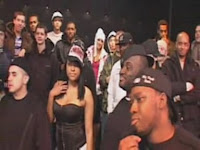 SF - Quest/Marv vs Illmac/Saurus
Well it is what it is (that's what they all say haha). I dunno I wished Quest/Marv took it but they didn't. 3rd round was mad debatable. They could've came harder tho. The champs were pretty boring, keep doing the same fat jokes over and over again but the crowd was cheering for some reason, maybe reputation. Still Quest/Marv youze to blame, I know youze could've came harder no homo.

Still I enjoyed the ride so far. This is probably the first time I'm looking at battles like a football fan, actually supporting a particular team, wishing they would win, closing eyes everytime the opponents has their turn. Okay maybe last year I did have support for Possessed but I was realistic I know Illmac/Saurus was too strong for his team so I just watched it for what it is. 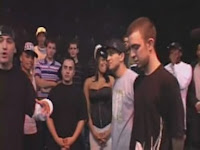 SF - Ark/Eugh vs italians
Fuh real this is where the drama is. I can see where the UK team is coming from tho, to me they obviously took it. I'm not biased, I hate both styles, but they just clearly took it. But thing is it isn't on a neutral ground, the italians were yonkers, most of the judges were yonkers, the yonker crowd only cheered for wappin and juce which wasn't the case with the otha typa crowds. But the bitching was a bit too arrogant tho, still, they must've been really hungry for that crown ark and eurgh. Eurgh got really pissed off afta losing.

Eurgh was really really impressive though. He had the dopest flips and punchlines. He just brought it to 'em with his game face every time. Ark was sloppy. Wappin and juce yet again, forgettable.

FINAL - last year's champs vs dodgy yonkers
I have my own says about this but whatever, just watch it cause it's still running. So far only rounds 1 and 2 are up, final deciding round tonight aight.
Posted by hqa at 9:04 PM No comments:

Email ThisBlogThis!Share to TwitterShare to FacebookShare to Pinterest
Labels: Jumpoff

What the fuck is a Rogue Radio Session?

Back when the Rogue Radio concept was first being kicked around, a blog wasn't what we had in mind. Nah, we were thinking more along the lines of a pirate radio station, one in which propaganda could be relayed directly to the proletariat, musical direction would be in the hands of those who know what the fuck is up, and where I would have the opportunity to make a complete ass out of myself on the mic.

A podcast series isn't going to make Hitz.fm worry anytime soon, but shit. I got a lot of time on my hands these days, so why not. Rogue Radio Sessions #1 clocks in at roughly 50 minutes and features some fine, fine msic by the likes of Little Brother, 50 Cent (surprised? you should be, bitches), the Beastie Boys and FEATURED ARTIST OF THE WEEK *listen for yourself la, it's a secret*. And yes, I am a complete ass on the mic. If enough of you listen to this shit, and want to listen to some more of this shit, then we'll start building from there. You know, start playing local and regional shit, have a shout out section, go on a road tour and shit lol. One thing at a time, though:

Posted by WordsManifest at 1:07 PM 3 comments: