Erykah B for President, bitchessssssss! And lol @ her not so subtle jab at the "Hey Ya" video. At lest she still thinkin bout you, Dre. Leave a comment with as many album titles she appropriated for the video and I'll call you a smart ass by name on the next Rogue Radio Session.

Posted by WordsManifest at 7:43 PM No comments:

Aes Riddock started it, if you ask me. None Shall Pass marked Definitive Jux's ascent to making accessibly intelligent rap music last year, and Jaime Meline and dem got the formula on lock, for the moment at least. Hangar 18 (yes, Hangar 18) has a new video out (probably from Sweep The Leg, but I'm on my way to lunch, so you run that on Wiki) and guess what? The song's not garbage:

Also from Camp Jukie, Del Tha Funkee Homosapien's leaked single off the impending The Eleventh Hour album: Bubble Pop! (It's gewd.)
Posted by WordsManifest at 1:58 AM No comments:

I have officially gotten too old for this shit.
Posted by WordsManifest at 1:11 PM 1 comment:

And as a reward for watching all that:

Posted by WordsManifest at 9:01 AM No comments: 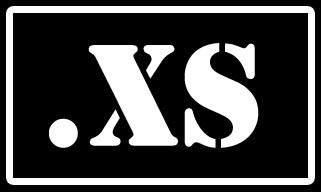 This first half of this post is for mah brevrens from the south, the mad south south, the after longkang besar south, not JBC, fuck JBC, JBT fah lyfe fahk ya lyfe. Anyway, I'm talking about the mighty The.XS Collective. They were once known as As One, one of the longest mainstays of Lion City hip hop rejuvenated.

Recently they released a compilation album and me and WordsManifest were featured in it too. If you want some of that action you can get it at the lab, we still got a lotta copies there. We also shared the stage with them at the dope as dope Family Affair gig last year.

Now, recently one of the main groups in the crew, Xscapists, released on the net this song turn me down. It features two other emcees - Irfan and Young. So fricking head on to their fricking MYSPACE to listen to it. And yes I said MYSPACE, cause we can stream MYSPACE music now.. yo. For some reason.

Also check out their new year's performance video on YOUTUBE. It's pretty pretttty good with all the different angles and non stop track-by-track spitting, pity the organizers rushed them off the stage before finishing their anthem.

Now on the next shit.

This shit is raw as a mufuckah. Muh man Kryptik had told me about them some time ago. Xcalibour, they be a hip hop crew from Surabaya, Indonesia. Now they old video is somehow on youtube and good fucking heavens it's fucking ghetto as fuck, surreal. It's like back then you had Wu, and you had Onyx, this is both. Haha. Check it out aight. Fuck ya life guntha.

Oh you thought it was just a one-off? You wrong, son.

This just in, and thanks to Nona Ili Roguy for the heads up. Just a little over 24 hours after Rogue Radio Sessions #2 got uploaded, it's clocked in over 210 downloads. That's a shitload. Thanks everybody who linked that shit on their blogs and messageboards (here, here, here, here, and godDAMN, here too), and major daps to all you heads who downloaded RRS#2 onto your harddrives!
Posted by WordsManifest at 3:03 PM 3 comments: