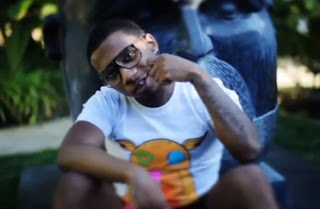 *IN NO PARTICULAR ORDER*

kendrick is like a very complicated emcee with like labyrinthine concepts and like sagacious beat selections and shit and the main reason i like him is because of his vocabularic genius. let's be real here for a minute can i be real? yes, FORK DART was a classic we needed another one he came up with another one with this song and we are all now his bitches

...i was talking about YA BISH

2. SCHOOLBOY Q x AESOP ROCK - PMW
the flow on the second verse, and this beat, this beat is very worthy

3. JUICY J - BANDZ A MAKE HER DANCE
this is what happens if emcees make cerebral classical music mixed with intelligent jazz and turn it into real hip hop and if lyrical genius is practiced in society in general. this is my choice for #1 song of 2012


5. EARL SWEATSHIRT - CHUM
my favourite emcee from OF i don't even like frank ocean outside of his coldplay song cause off topic but anyway yeah earl sweatshirt is this generation's MF DOOM i guess


7. ACTION BRONSON feat. RIFF RAFF - BIRDS ON A WIRE
the beat is worthy, and for action bronson's jodeci line alone this is very worthy


8. CHIEF KEEF - LUH SOSA
it was either this or 3hunna but i just had to go for this one cause it's rare for an american rapper to rap in a foreign language and turn up


9. JOEY BADA$$ - SUMMER KNIGHTS
90s babies do the 90s better than 70s or 80s babies not because they were born in the 90s but because '90s babies' is just an overall easier term to pronounce if comparison is imperative. and if you think this is not important what do you think rappers do? endless mispronunciations, so to get an easy set of words to mispronounce is so awesome! this song is dope btw crank it up and the bassline will shake your car's interiors


11. DANNY BROWN feat. HIMSELF - GROWN UP
this is a sweet song, anyone turning nostalgia into sweet things as opposed to getting pissed that the current era is not worthy is worthy of this list. this list is very worthy, it's gonna be published in FORBES MAGAZINE... ballin'


13. CURREN$Y feat. JOEY BADA$$ with CA$H OUT on the hook and A$AP ROCKY on the beat (he doesn't even make beats) and MA$E making a comeback - $_$
remember when RM was ringgit, and we used the dollar sign? yeah that opportunity for malaysian emcees to use $ has passed, although, if you work at a money changer *hint*


14. EL-P feat. HIMSELF - THE FULL RETARD
this song won't make it to MTV and have the title changed to THE FULL START but it's still sick *throwback word usage alert*. oh yeah, the beat he did for KILLER MIKE was sick too. sick raps


15. ACTION BRONSON feat. GHOSTFACE KILLAH - ANOTHER SONG
i don't condone in that last song they collaborated on that was thrash, please, this current world needs another AB-GK collabo. a proper one innit blud. GHOSTFACE was #turntup in that NEW GOD FLOW joint doe so if you disagree with non existent songs being on lists put that on this one


16. SHADY BLAZE - STARS WILL LIGHT A WAY
cloudy beat and lost member of bone thugs n rappidy i don't know man it's a very underutilized formula so don't sleep on this bra, mad underrated. that would be a very cool emcee name, MAD UNDERRATED, broviate it to MU and you'll get a lot of google hits, but not for you doe


17. SPACEGHOSTPURRP feat. NELL - NO TROUBLE
SGP without mortal kombat and godzilla sound clips is like WAKA or JUICY or GUCCI without adlibs in general but this song is still worthy somehow cause of the beat and nell's verse


18. FRENCH MONTANA & RICK ROSS & DRAKE - POP THAT
i got really annoyed with this song by the 11th listen but they played this song in some URL battle videos and i love URL battles, especially that recent LOADED LUX one was that turnt up or what OMG. also i'm quite OCD and my mind tells me i need to put two songs from collaborative efforts of these three rappers in this list *shrugs*


19. AB-SOUL - THE BOOK OF SOUL
i like this song even though i only started listening to it like yesterday


20. CLEAR SOUL FORCES - GET NO BETTER
this song had j-dilla tendencies combined with the rapid flow exchanges reminiscent of jurrasic 5 or souls of mischief or just hiero in general


22. SEAN PRICE feat. PHAROAHE MONCH - BBQ SAUCE
cause i heard this and hashtagged it in my brain. P


23. SCHOOLBOY Q feat. KENDRICK LAMAR - BLESSED
schoolboy q is one of the best emcees in this era to reintroduce a dynamic flow which is a quality from 90s rap almost all nostagists or nostalgiers overlook. his flow is even doper than kendrick tbh. he combined that ability of his with a passionate delivery that is almost TUPAC level imho. this beat is so hard to rhyme on too

BUT HQA WHY ARE THERE NO:
WAKA FLOCKA FLAME - i love waka but he hasn't made anything worthy post-flockavelli. thankfully CHIEF KEEF was there to compensate

KANYE / HIS CREW / KANYEFIED JAY-Z - because i get bored of his songs after the 11th listen except maybe the chaka khan song, but they're still dope though, i like that beat on that big sean song clique

LIL B - because he belongs on another list, if i put him in this list i'd have to edit out the rest because they're not worthy

JJ DOOM - i have no idea

CURREN$Y - the fictional song aside, i have no idea too, maybe because none of his newer songs can top this:


NAS - i love nas and he got mad critical acclaim and all that but i just did not dig his new album much! lols unnecessary. exclamation

TRINIDAD JAMES - because he hasn't acknowledged this as a full length song of his:

ANYTHING I MISSED OUT PLEASE COMMENT (THIS APPLIES TO MYSELF TOO) STAY BASED
Posted by hqa at 11:27 PM